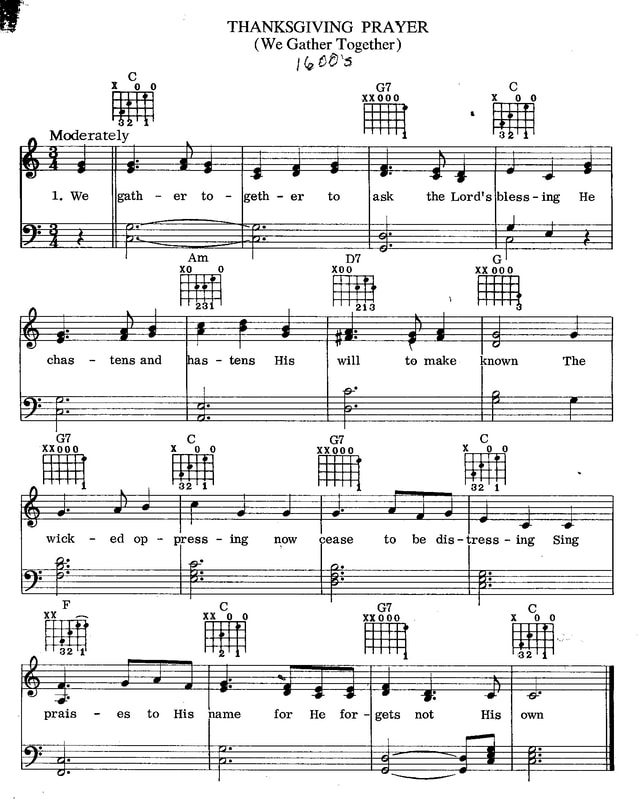 Let's be thankful for the music that has held America together for almost 250 years!
Join us Monday, 11/14/2022 at 5PM at the Oakland Public Library. Bring your guitars or ukuleles and voice. Those oldies made good history. Come sing or play along or just listen. You'll find it fascinating that some songs have been favorites for so long that no one knows who composed them. Some tunes have been popular for over a thousand years, but they never lose in popularity. People give them new lyrics to keep them going. They are that catchy. Check out the song "The Riddle", then listen to "The 12th of Never". What do you notice about them? Come let your kids make their own lyrics to old tunes. You will all enjoy yourselves.
​E-mail Klaus or Jerri at ohs.inc1966@verizon.net or call us at 201-337-9652.
In other News​
Harriot Stanton(Elizabeth Cady Stanton's 6th child) and the Suffragist movement have a strong Bergen County, NJ history in Tenafly. Harriot led the Women's Land Army to provide home-grown food for soldiers & families left behind as the troops were deployed from Cresskill, NJ to go overseas in 1917 & 1918 for WWI.
*See the photo below of "President Woodrow Wilson" with suffragist "Harriot Stanton Blatch" and a WWI Red Cross nurse from our 2017 History Day exhibit at the Hermitage in Ho-ho-kus.

Be sure to check out the Northwest Bergen History Coalition website for other local open-houses at http://www.nwbergenhistory.org/
Find out about the new book from the historical societies of NW Bergen County. It was compiled and written by Peggy Norris and Kay Yeomans with photography by Marion T. Brown. It displays the wealth of antique quilts and coverlets the exists in Bergen County homes, complete with histories of the cloth artwork. Please contact us if you are interested in obtaining a copy for $25. Part of the price is a donation to the Oakland Historical Society. 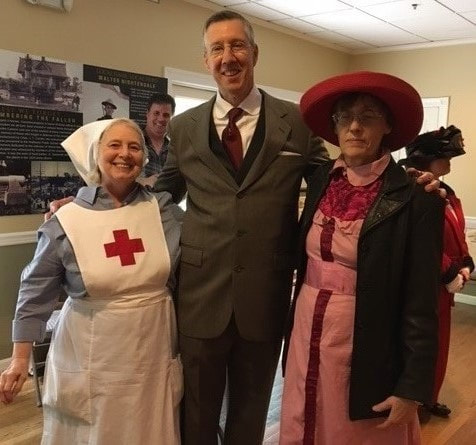 Members of the Oakland Historical Society got to meet with "President Woodrow Wilson" at the Hermitage May 20th 2017 at our History Day event. The re-enactor shared the president's support for the Red Cross aids during WWI, portrayed by Linda Arns, as well as for the suffragists as represented by "Harriot Stanton Blatch", daughter of Elizabeth Cady Stanton, portrayed by Jerri Angermueller.
Harriot actually grew up in near-by Tenafly, New Jersey. She continued her mother's struggle for getting the women's vote in the USA, which became reality after WWI in 1920. Harriot learned about supporting the strong female labor force while she was living with her husband in England. She helped the women brewery workers improve their working conditions, then returned to America to help the silk
factory workers in New Jersey and New York become able to improve theirs. She was responsible for bringing female speakers from England over to the US to support the Women's Land Army. Women wanted to help feed the troops and found much resistance from the government in carrying out this much needed service during WWI. The advances made in Bergen County were presented at the event.